This is Yetis new technique of mugging me for food. He climbs in my back paws at my head and meows plaintively. Yeti is 18.

Yeti moved in with me in 2017 along with Brett. It took him 3 years to decide I was also his. When this life long one person cat became a 2 person cat, splitting his time between us, my heart melted so much that I started giving him anything he wanted. Also he was old, he’s had health issues, so every day felt like it could be his last.

What is he mugging me for this morning? Tofu scramble with spinach and tomato. I’m trying to explain cats don’t digest veggies well, but he’s having none of it.

I have created a monster. A Yeti monster. 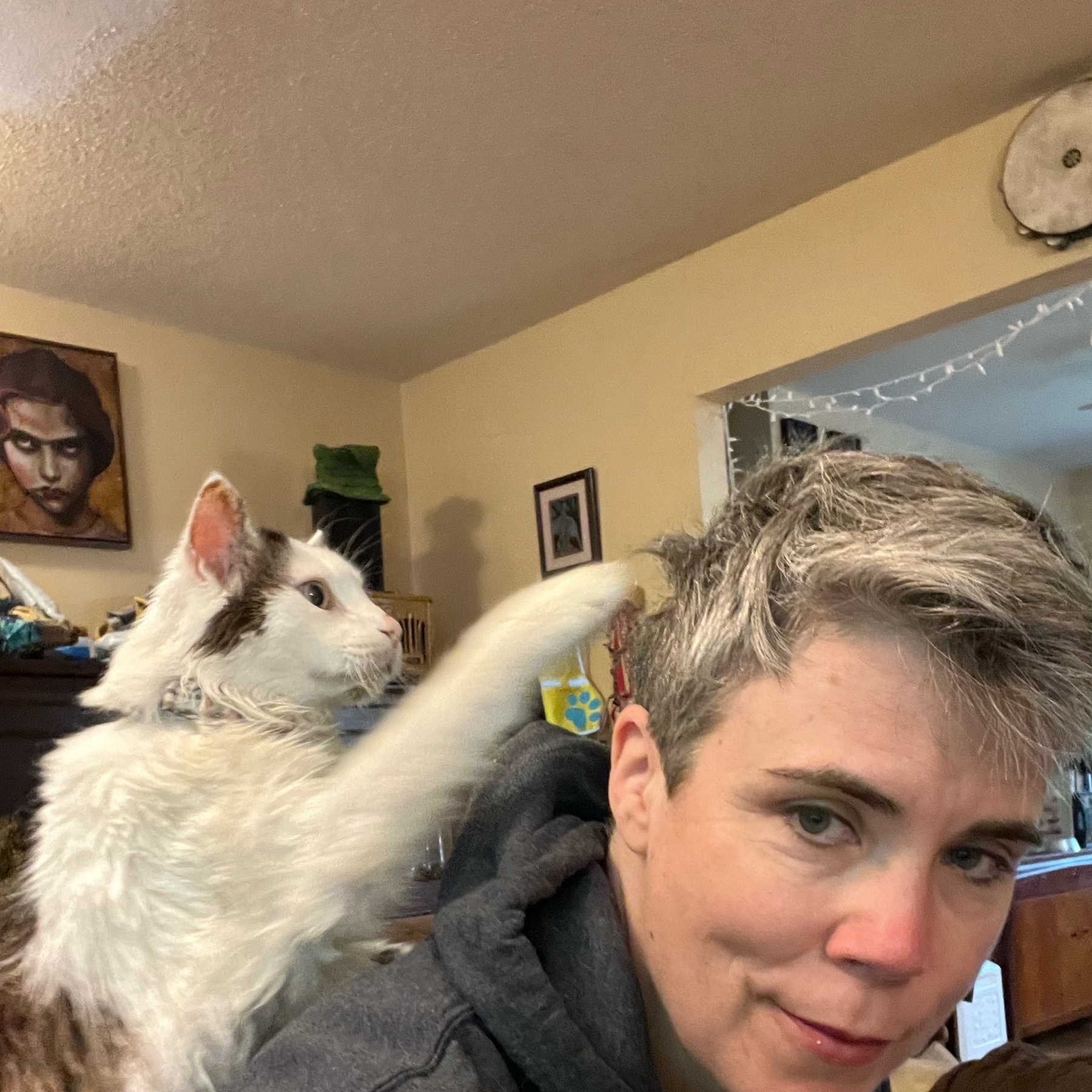